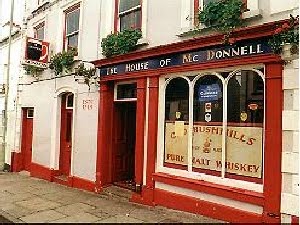 Welcome to the House of McDonnell! 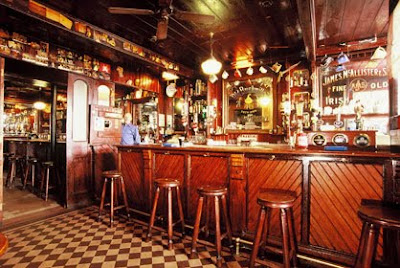 The use of Traditional musical instruments is what gives any Session in Ireland its unique sound, so our choice of instruments reflects our geographic location, here on the N. E. coast of Ireland, where we look out across the sea to the Scottish Highlands & Islands.
On any Saturday night then, the Traditional instruments you will hear will include the Fiddle, Melodeon, Harp, Mandolin, Anglo Concertina, Tenor Banjo, Tin Whistle, Bodhran & often Uilleann Pipes.


If you are coming to the Causeway Coast area of North Antrim and you play or sing, then why not come along & share your music with us, at our weekly session in the House of McDonnell, Ballycastle. We'd love to meet you & swop some tunes, songs & crack. You'll find us in the House of McDonnell every Friday night.
However, extra Sessions also occur, especially during the summer months, when visiting musicians are in the area, so if you are passing through on another night, please do get in touch, because we are often able to run an extra session & we'd hate to miss you!
* * * * * * * * * * * * * * * * * * * *
This is your host, Tom O'Neill behind the Bar which just oozes character & olde worlde charm .... as does Tom himself.
Now you know why the local folk call this bar Tom's! 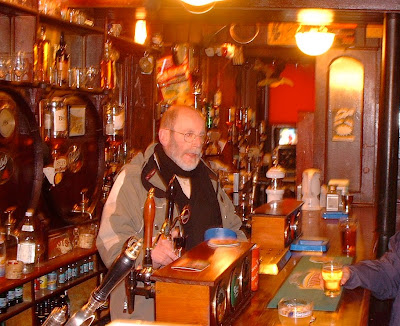 Here's a video of a typical session in the House of McDonnell.


My Former Wife & Snug in the Blanket

The House of McDonnell: History!

The House of McDonnell is a traditional Irish pub in Ballycastle, County Antrim, Northern Ireland. 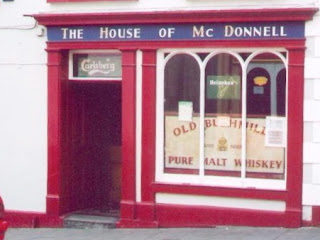 Established in 1766, the pub is noted for the quality of the traditional Irish pub interior (Grade A listed), which has remained largely unchanged over the years (the last major refurbishment taking place in the mid-19th century). The pub has been described by CAMRA as "a great classic among Irish pubs".

Established in 1766. The House of McDonnell was first established as a spirit grocery and stabling facility to provide passing travelers with refreshment and rest. To this end the pub was built with complete stabling facilities for both horses and coaches. The stabling operation was so large that it occupied fully 3/4 of the ground upon which the pub now stands. As the horse is no longer the primary means of transportation in Ireland, the stable blocks, although still standing, are now redundant.
The pub itself occupies the ground floor of its original building and the present interior dates from around 1870. It is one of the few pubs in Ireland to retain its original traditional interior, and both the interior and exterior of the bar are now among the few pubs in Ireland listed on the National Inventory of Historic Pub Interiors.
From the end of the nineteenth century, the pub was known locally as "The Store", a name which was in use until the 1960s, when the glass window above the front door bearing the name was accidentally broken. "The Store" was used because at this time the pub was a "Spirit grocery", a type of business unique to Ireland which supplied, as the name suggests, both spirits and groceries. The license of a "Spirit-Grocer" was that of a "wine, tea and spirit merchant".
Here's a link to a Session in the House of McDonnell, known affectionately by local folk as Tom's. 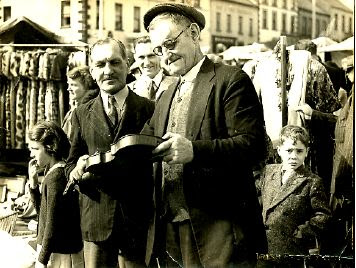 Here's Fiddler John McGill checking out a Fiddle at the Lammas Fair, Ballycastle.

For more information on John and many more of the old Fiddlers of North Antrim, check out this page. 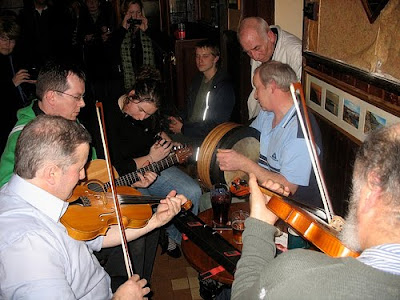 This is a typical scene from any Friday night Session in Tom's. 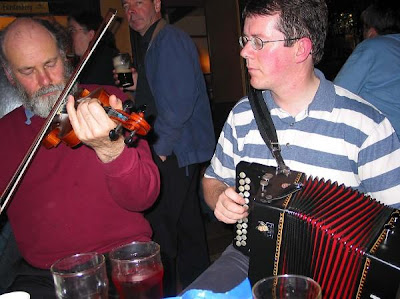 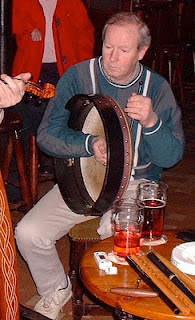 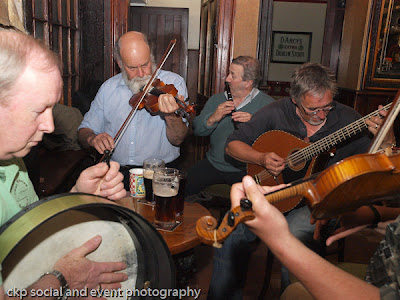 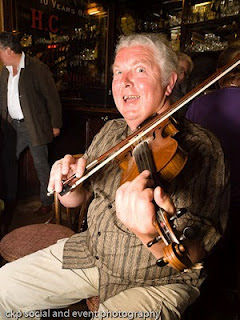 Jerry O'Donnell
* * * * * * * * * * * * * * * * *
So when you visit the Glens of Antrim & the Causeway Coast, if you want to hear the best of Traditional Irish Music in the most authentic surroundings, then look no further than the House of McDonnell.
Don't just take my word for it though, check this recent 5 Star Review 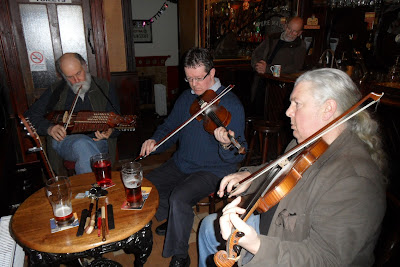 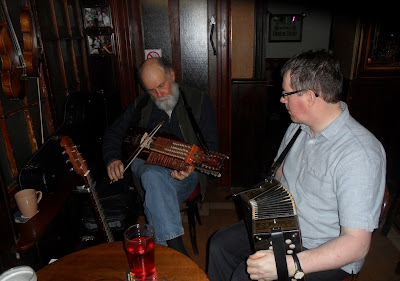 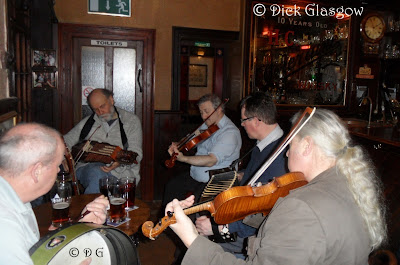 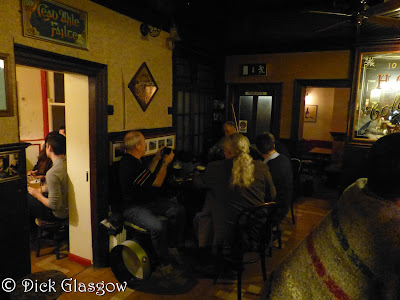 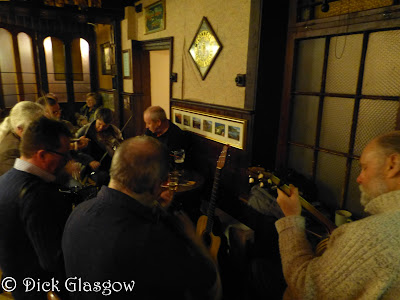 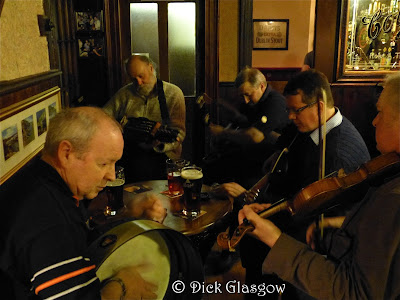 On the 18th November 2010 Tom's {the House of McDonnell} was featured on the BBC's Irish Music show Blas Ceoil
That is Northern Ireland's premier Trad Music TV show.
The show featured three Traditional groups, including some of the regular Friday night musicians. 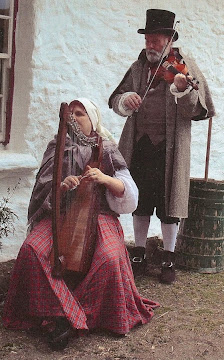 My Own North Antrim Tunes!

Dick Glasgow
I have been playing Scottish & Irish Traditional Music for over 40 years. I work as a professional musician, teaching Traditional Irish and Scottish Music in a number of Primary Schools during the week and Scottish Music in the Ulster-Scots Ullans Centre in Ballymoney. I also promote traditional music in the evenings, in a number of local bars, including an Irish session in Ballycastle, a Ballads & Tunes session in Bushmills & an Ulster-Scots session in Ballymoney, each week.

Slideshow of Causeway Sessions in action.